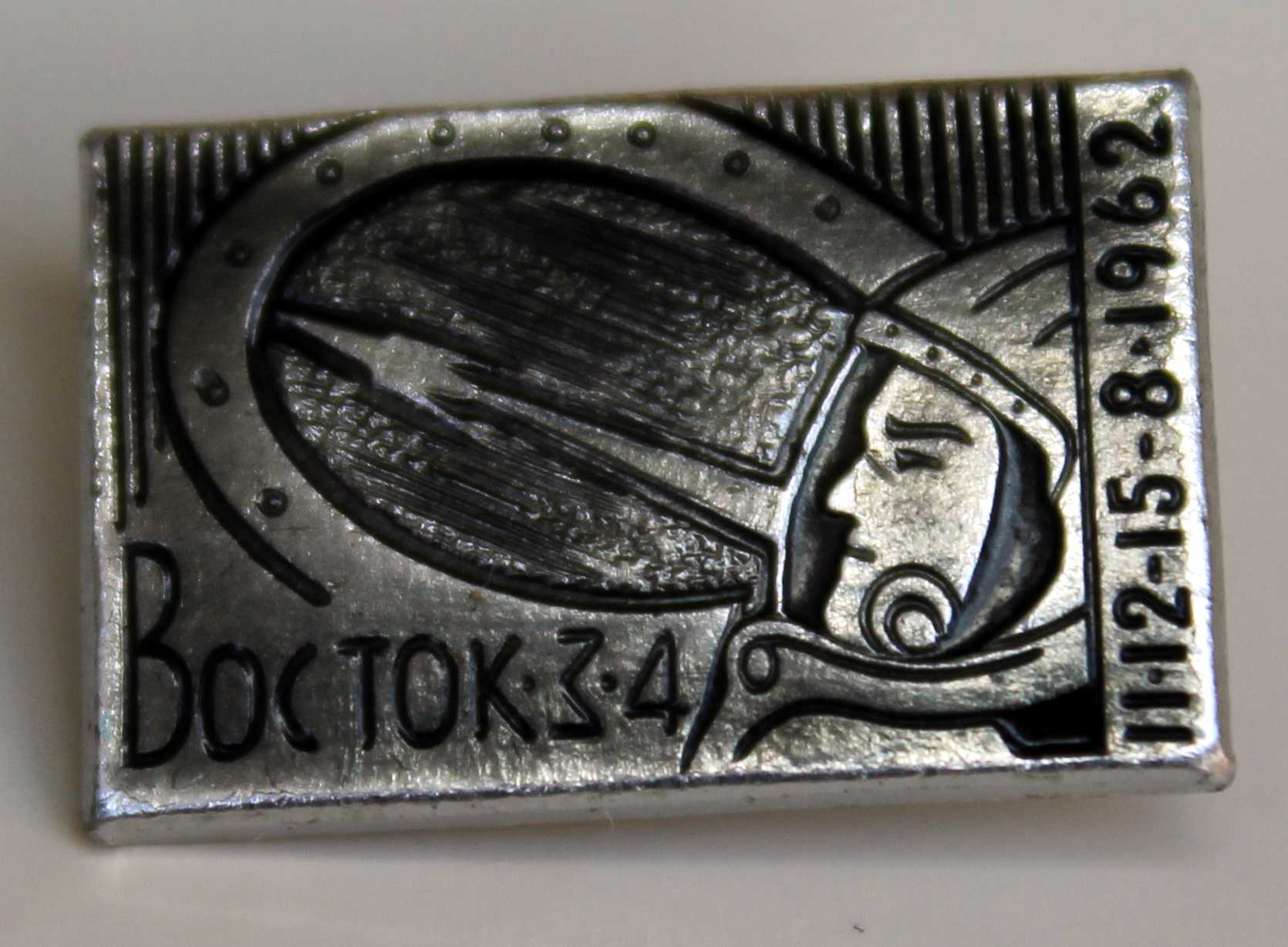 Size scale next to One Penny

This vintage 1962 Vostok 3 and 4 pin badge is a wonderful piece of Soviet space memorabilia. It commemorates the successful launch of space rockets Vostok 3 and Vostok 4 on 11 and 12 Aug 1962, which were piloted by Soviet cosmonauts Andrijan Nikolajev and Pavel Popowitsch (aka The Heavenly Brothers) respectively.

These missions saw the first simultaneous flight of two manned spacecraft. In fact, Vostok 3 and Vostok 4 came within 6.5 km of each other and the badge depicts the historic moment when one of the rockets was visible through the window of the second spacecraft for the first time.

The design is a charmingly stylised profile of a cosmonaut wearing a bubble space helmet as he gazes out of his rocket's porthole, complete with bolts, at another rocket as it races past during its orbit of planet Earth. It carries the Russian name for the Vostok missions - Boctok - which means East in Russian.

The silver coloured badge is approximately 20 x 12 mm in size and is fixed by a clasp pin on the reverse.

To get a flavour of the US vs USSR rivalry at the height of the Space Race check out the Universal Newsreel archive footage below, which documents the American reaction to this Soviet achievement.