Topical collecting of space-themed stamps  is a popular area of philately with many stamp collectors, young and old, focussing their attention on postage stamps from around the world featuring astronauts and cosmonauts.

This striking set of commemorative air mail stamps picturing both Soviet cosmonauts and US astronauts was issued by Romania on 15 January 1964, and printed using offset lithography in a run of 250,000 stamps. The design was by Romanian artist Dimitrie Stiubei (1901-1986), who captured excellent portrait likenesses of the protagonists of the mid-1960s Space Race.

Each stamp details the date and number of each mission, as well as the number of times they orbited around Earth, beginning with Yuri Gagarin on the 5 bani stamp, commemorating his legendary Vostok 1 spaceflight and its single orbit, the first human spaceflight in history launched on 12 April, 1961. The 10 bani stamp features Gherman Titov, and celebrates Vostok 2, the first manned mission lasting a full day with its 17 orbits around Earth. 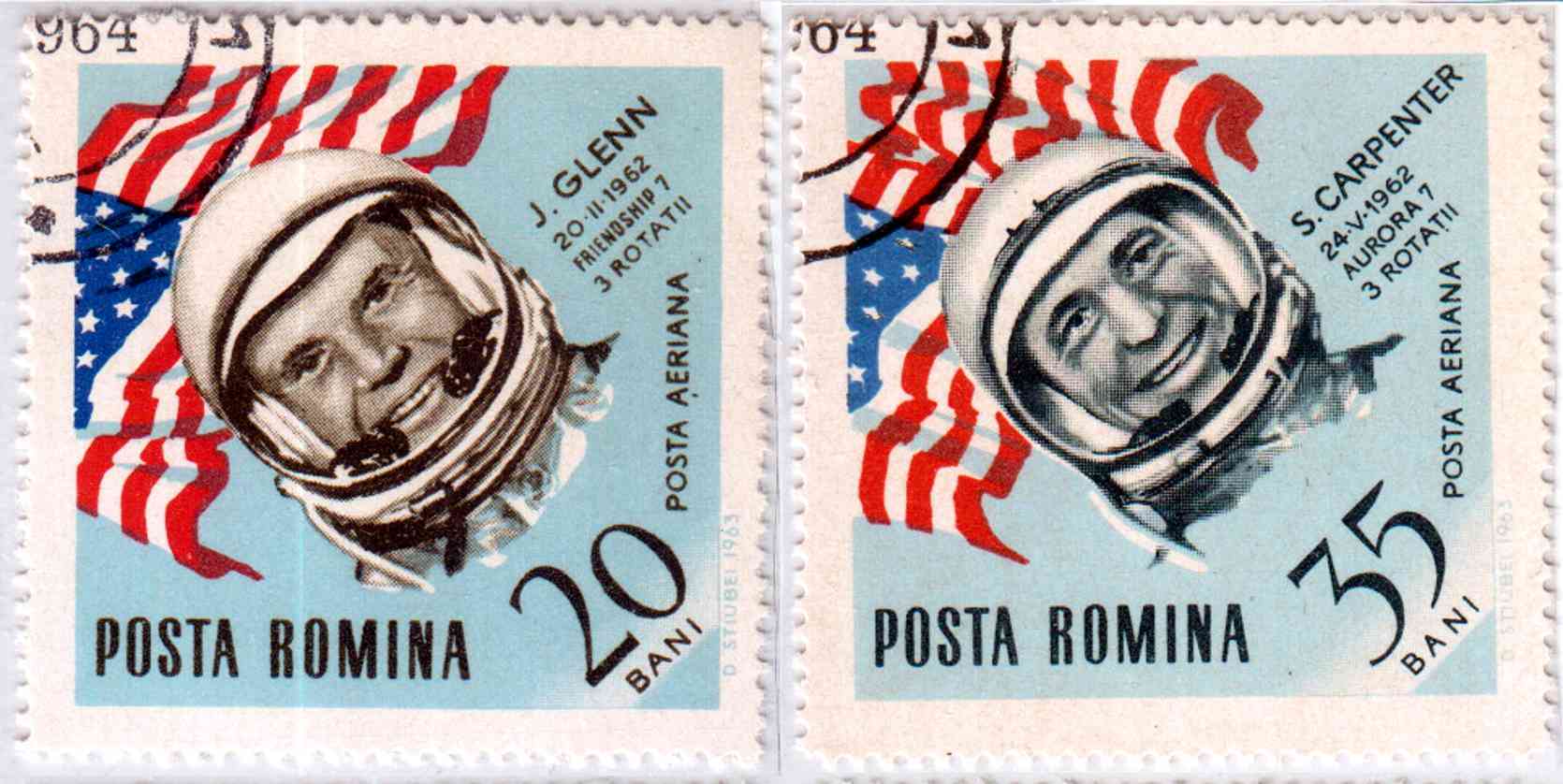 NASA Mercury Seven astronauts John Glenn and Scott Carpenter are featured on the 20 bani and 35 bani stamps respectively. On 20 February, 1962, Glenn flew the Friendship 7 mission and became the first American to orbit the Earth, followed  by Carpenter on 24 May, 1962, in his Aurora 7 spacecraft. Both completed 3 orbits around the Earth. 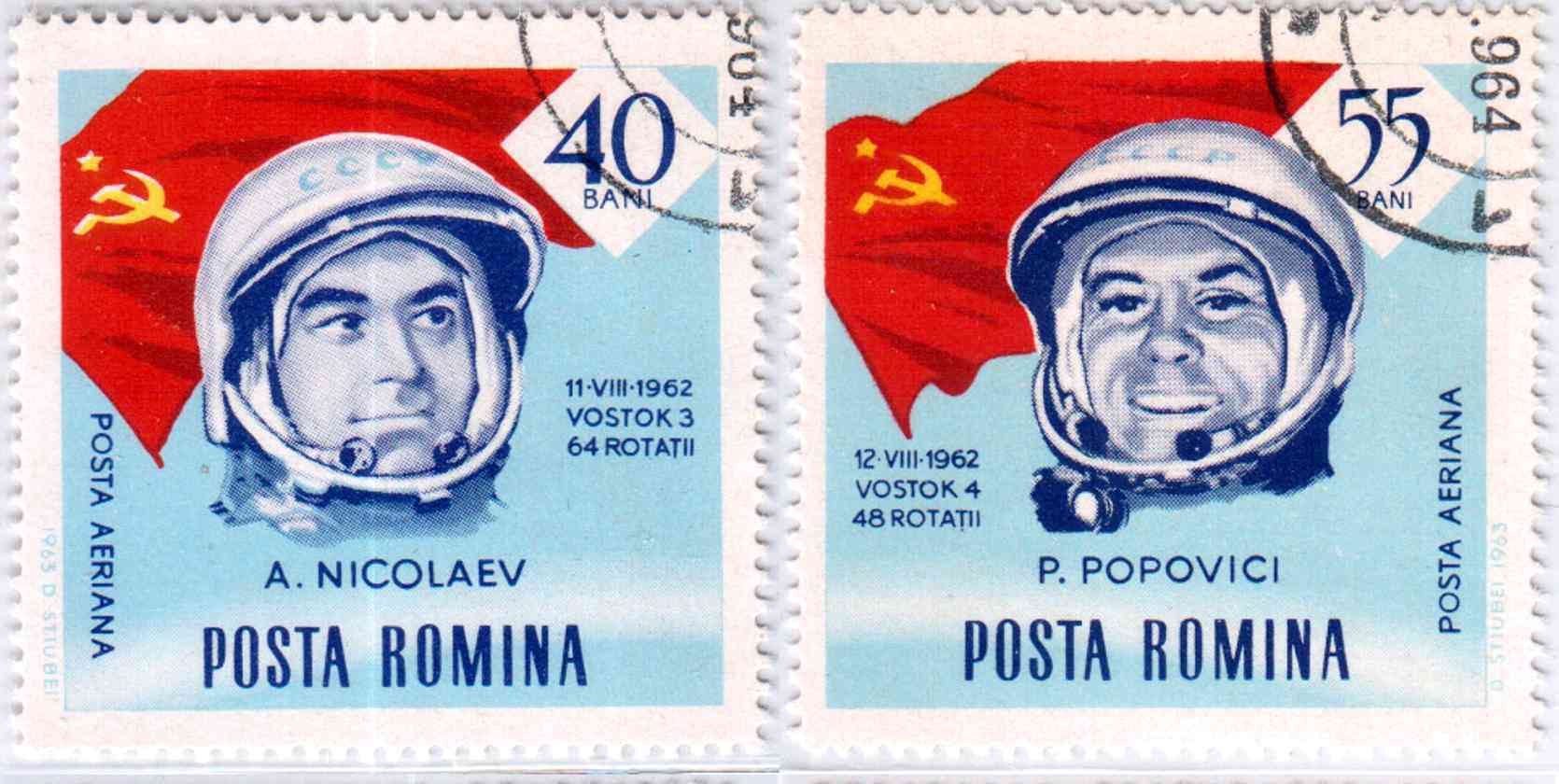 Soviet cosmonauts Andrijan Nikolajev and Pavel Popowitsch are featured on the 40 and 55 bani stamps. The design is slightly different and these cosmonauts form a distinctive pair within the set as a whole. This is particularly apt given that their Vostok 3 and Vostok 4 missions in August 1962 saw the first simultaneous flight of two manned spacecraft. 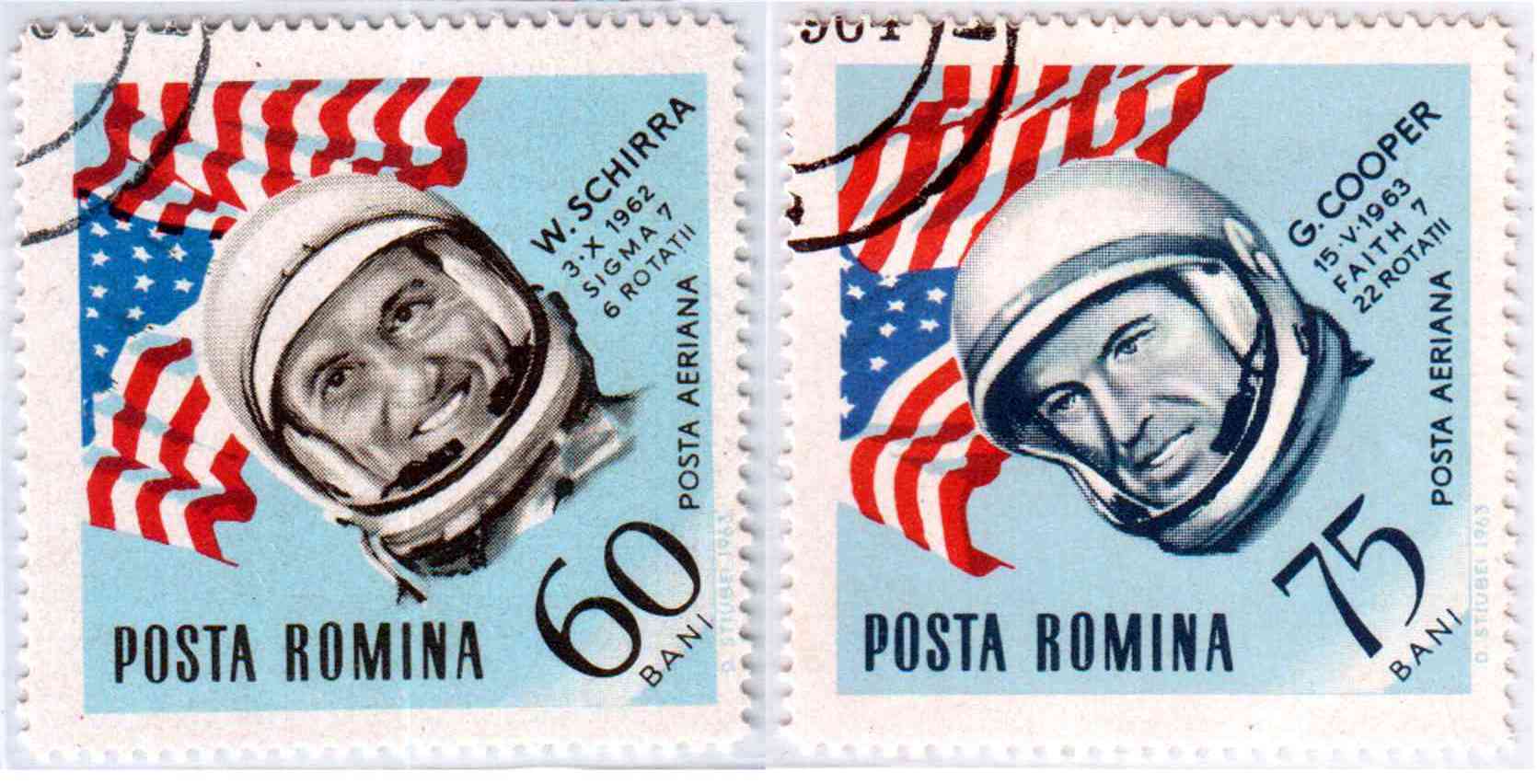 On 3 October, 1962, Walter Schirra became the fifth American in space, piloting the Sigma 7 on a six-orbit mission lasting 9 hours, 13 minutes, and 11 seconds. The following year Gordon Cooper piloted the Faith 7 spacecraft, completing 22 Earth orbits, a trip that marked the end of the US Mercury program. 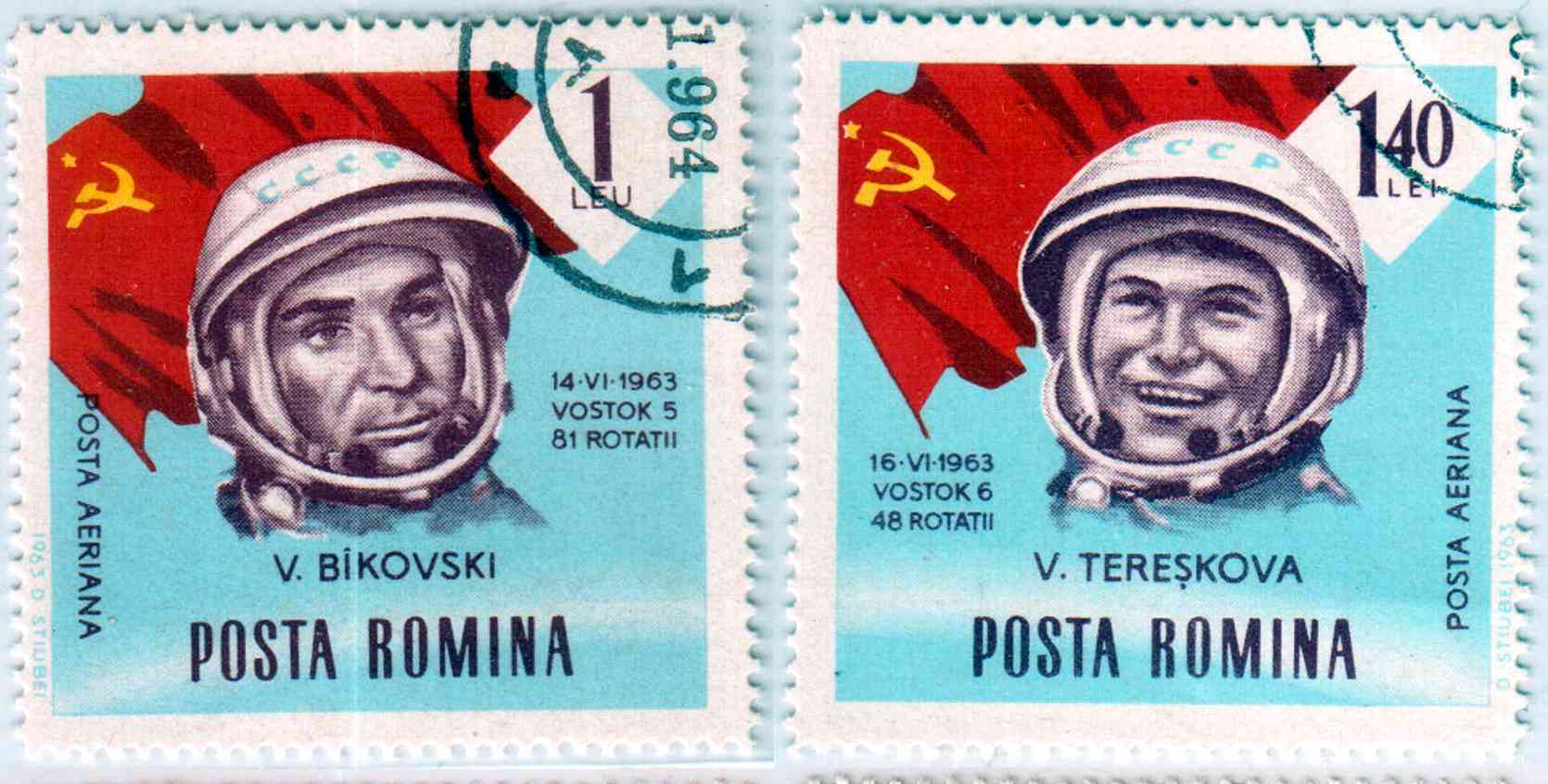 The final pair of stamps, the higher value 1 and 1,40 leu stamps, feature Soviet cosmonauts Valery Bykovsky and Valentina Tereshkova, who piloted the Vostok 5 and Vostok 6 missions only days apart in June 1963. Vostok 6 was the final Vostok flight and made history when Tereshkova became the first woman to have flown in space, while Bykovsky's trip was the longest solo orbital flight.