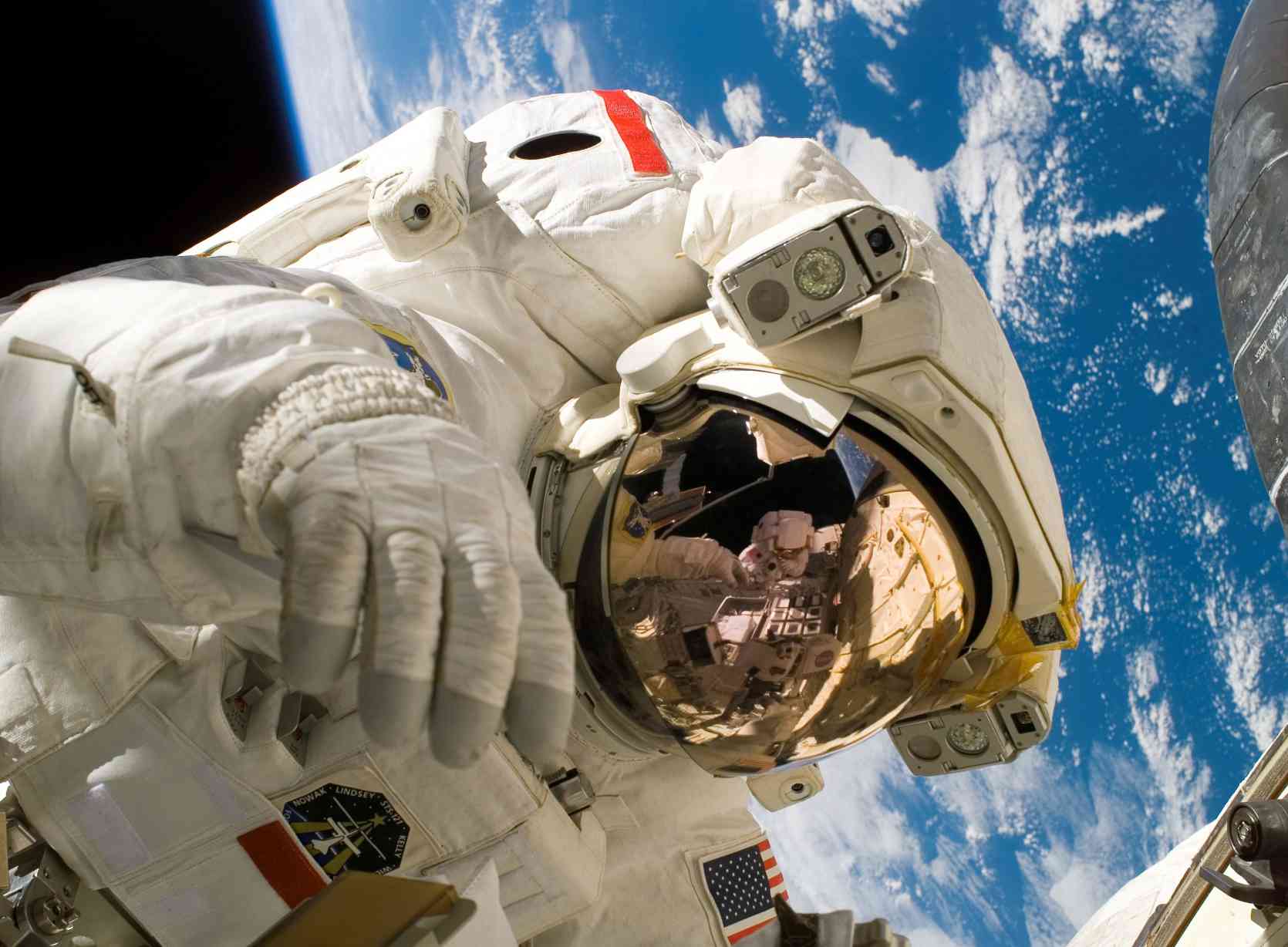 Do you know why NASA extravehicular activity (EVA) suits are white?

Astronauts wear white spacesuits when they leave the safety of the space shuttle or International Space Station and go on spacewalks outside for a variety of reasons.

Most importantly, white reflects heat so that the astronaut doesn’t feel too hot inside his or her suit.

Another reason of vital importance is that white ensures that the astronaut is always clearly visible so their fellow astronauts can easily see them against the black background of space during spacewalks, repairs and other extravehicular activity.

Astronauts on spacewalks always exit the craft in pairs, so to help identify one white-suited figure from the other, one of the space suits is emblazoned with four red stripes in different places.

Both the Russian Orlan suit for spacewalks and the Chinese Feitian space suit are also white.

White NASA EVA suits not only include temperature control, and systems to provide breathable air and drinkable water for astronauts during spacewalks, but are also constructed with a tough outer shell to shield astronauts from the dangers of space junk and prevent micrometeoroids from piercing the spacesuits and harming the astronauts.

Do you know how NASA astronauts keep their hands warm during spacewalks?

Astronauts’ hands can get extremely cold during spacewalks, so therefore spacesuits have heaters in their gloves.

Do you know why astronauts’ ascent and entry spacesuits are orange?

The full pressure Advanced Crew Escape Suit (ACES) or “pumpkin suit” has a Nomex cover layer in distinctive international orange color, rather than the vintage silver or white of earlier suits. The orange color allows the astronauts to be easily spotted by rescue teams, particularly in the case of an Orbiter bailout over the ocean or in emergency recovery situations.

Interestingly, the Russian Sokol suit for launch and landing is white, not orange.

How many space suits were used during Apollo missions?

During every Apollo mission each member of the three-man crew was issued with three suits: one for the flight; one for use in training; and one as a flight backup in case the flight suit was damaged. The back-up three-man crew each had two suits: one for flight and one for training. This makes fifteen space suits in total for every Apollo mission.

Manage Cookie Consent
This site uses cookies and other tracking technologies to assist with navigation and your ability to leave comments, analyse your use of our website, assist with our social media promotional efforts, and provide content from third parties.
Manage options Manage services Manage vendors Read more about these purposes
View preferences
{title} {title} {title}